When Prayers are Unanswered
Lessons from Zacharias

Luke 1:5‭-‬7 NKJV
There was in the days of Herod, the king of Judea, a certain priest named Zacharias, of the division of Abijah. His wife was of the daughters of Aaron, and her name was Elizabeth. And they were both righteous before God, walking in all the commandments and ordinances of the Lord blameless. But they had no child because Elizabeth was barren, and they were both well advanced in years.

Bareness was a huge issue in the bible days because it meant that your generation could not progress. Whether it is blessings or culture and tradition, it was passed down from one generation to another. God was known as a generational God, the God of Abraham, Isaac, and Jacob. Even God’s promise to Abraham was passed on and would materialize generationally, so to be barren was a huge deal.

Though Zacharias and Elizabeth were faithful to God, they had no child. I am convinced that this had been a prayer item in their lives since they got married, but the heavens were silent. You would think that because they were walking blameless before God that He would quickly answer this prayer. Maybe you have been there, you pray for others and God answers, but he seems to be silent on what you are praying for.

The Bible is careful to inform us that Elizabeth was barren and both were well advanced in years, meaning she was probably in the same scenario that Sarah of old was. Potentially when she was younger there was hope that God could reverse her situation, but now she was old and past her child bearing years, the situation jut got more complicated.

What do you do in such a scenario? Do you keep praying and believing, or do you come to terms with the facts and say this was not God’s will for me?
I do not know whether they took note of this or not, but God had put them in a similar situation as Abraham and Sarah were in.

Sometimes what we want may seem small or denied, but it is because God has bigger pans, but we will never know if we give up. All Mary and Martha wanted was for Jesus to come and heal their brother, but God had something bigger in mind. He wanted to display his power over death through Jesus, his Son.
When heaven seems silent, keep a right attitude and keep walking with and serving God like Zacharias. In his time, God will make it good. 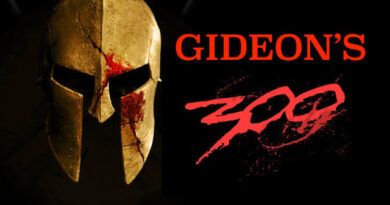 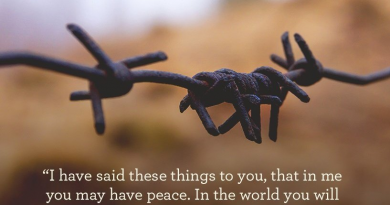