“How did you know you were naked?” God asked. “Did you eat any fruit from that tree in the middle of the garden?”

“It was the woman you put here with me,” the man said. “She gave me some of the fruit, and I ate it.”

The LORD God then asked the woman, “What have you done?” “The snake tricked me,” she answered. “And I ate some of that fruit.”

I have always wondered the kind of conversation that took place after Adam and Eve realized that they were naked after they ate the fruit. The probably had their first argument then. Adam must have said:

“Now look at what you have made me do!”

What do you mean what I have made you do?” Eve says? “Did I force the fruit down your throat?”

“Well what did you expect me to do” Adam says, did you want me to refuse to eat it so that you can be on my neck about the issue the whole day?”

“What?”  Eve says, “What kind of a man are you anyway if you cannot stand up for what you believe in? Besides are you not the one God gave instructions about this tree and its fruit? Why did you not stop me from eating it, I mean you were right here when I picked the fruit and ate it and you seemed eager to eat it when I handed it to you”.

What were you doing talking to the snake in the first place? Of all the animals in the garden you could not find any other animal to talk to?”

It’s amazing how in relationships and marriage it’s usually the other persons fault.

Taking responsibility and owning up to our faults and weaknesses is essential in building trust  and confidence in marriage. I have always wondered how things would have been has Adam taken responsibility and said Lord i have sinned against you and done the thing you told me to do instead of blaming his wife and his wife blaming the snake.

What have you been blaming your husband or wife for? If only he was more sober, you would not always be angry and harsh with everyone. If only she took better care of the house i would not be so angry.

As much as the ones we love may do some things that may really get on our nerves, each person is responsible for how they act and the choices they make.

Reminds me of a couple who had been married for 15 years but it seemed that they were having more and more disagreements. Since they wanted to make their marriage better they implemented an idea that the wife had. Each of them came up with a “fault” box and for one moth they would daily write the things that really irritated them about the other.

The wife was diligent in her efforts and approach: “leaving the jelly top off the jar,” “wet towels on the shower floor,” “dirty socks on the table,” on and on until the end of the month. After dinner, at the end of the month, they exchanged boxes. The husband reflected on what he had done wrong. Then the wife opened her box and began reading. The  notes were all the same, the message on each slip was, “I love you!”

Don’t use your spouse as an excuse for the wrongs that you are doing, own up and take responsibility that may be the missing ingredient to take your relationship to the next level. 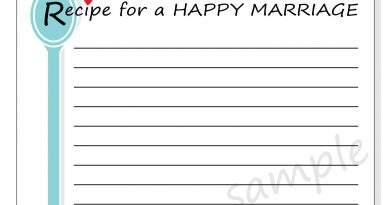 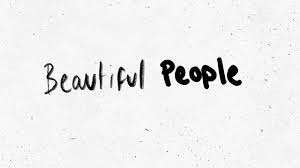 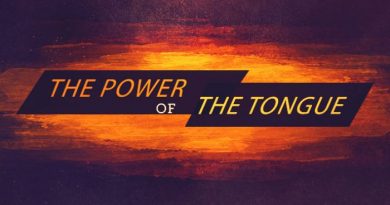 Power of the Tongue